Interest rates have risen, while some markets have dropped

Well. The world is a changed place, economically. The US has raised interest rates by the biggest one-day sum for 30 years but let’s not lose perspective – that is 0.75%pa.
Our own rates have also risen 0.25% and the markets are saying ‘not enough’.

This is after the lowest rates since the Bank of England (well, records) began. This is designed to counter inflation though I could argue that the imported inflation through commodity prices is doing enough damage to confidence without needing interest rates to rise significantly.

The new picture? That’s me with our MP on the Terrace of the Palace of Westminster, after a busy weekend and a Pensions’ Conference at Runnymede too. We are always keen to lobby and to enjoy a listening ear to our concerns, issues affecting clients too and economics. The Chancellor also appeared at the event; you may have seen his picture in the national media on a Scrum machine?

Russia is facing severe inflation and economic constraint too with shops closing etc. Inflation has just broached 17.8% and Mr Putin has increased pensions and the minimum wage by 10% so that’s £1.24ph. The pension averages £55 a week. Russia has been cutting interest rates to try to reduce the value of the Rouble which is now the highest it has been for a long time. The Dollar has been strong but the Rouble stronger still and standing above its pre-war levels. It was 75:$1, plummeted to 140 and is now 54. The strong value is hurting its exports if it can still make them – and the Country has just had its strongest quarterly trade surplus for a very long time- $58billion.
Watch oil though – it sank by a severe chunk on Friday but that will take time to feed-through to the pumps. Markets are wobbling yet again on this backdrop and amid fears it could lead to recession (two quarters of ‘negative growth’). Will the strong jobs market counter that I wonder? There is still recovery from Covid working its way through the system.

So the biggest market in the world, the S&P 500, is 23% down from its New Year peak. That’s a pretty chunky drop and lots of investors have ‘cheap’ global passives which are dominated by this. We have done far better even if we don’t like losing anything but when there are still nominal losses, losing only say ‘8%’ is a great outcome versus what your neighbour may have lost. If they were smarting at how their tech stuff was doing too, the losses are even more significant for them and declines there may not have finished.

I append a link to a Times’ article now and especially the financial commentary at the end. It is interesting what the ‘media’ throws at us and almost intends to make us believe, but I wonder if the perceptions held by the ‘masses’ are at the core of general discontentment? How US left has warped our view of the UK
This is based upon the ‘guesses’ which people make about the quantity of ‘others’ earning vast salaries whereas in reality they are not at all. Britons apparently believe that 1-in-20 of their fellows makes over £1million a year whereas the number is actually statistically zero… (0.04% of the population). They also think that 20% earn over £100,000 whereas it is actually 3%.

All in the day of an investment manager’s job

Yes, all part of our job as a diligent manager with their clients’ best interests at heart, is sometimes raising concerns with the management of funds we may own. We have always believed in significant diversity for clients to protect them and our largest holding presently is only 2.15% of our total client assets, so even when one does something badly (or even negligently or illegally), then the impact is limited too. Indeed, that stock has risen by 17% since November (and paid a chunky dividend) whilst the Nasdaq has fallen by 32% and most of our clients have it. Our clients have not suffered from the Woodford debacle, or excessive exposure to tech funds, other ‘star’ managers who have fallen on unpopular times or the over-valued global passives.

In 37 years’ managing experience, we had never had a situation though where the manager has not appreciated our input even if we disagreed and then, after an atrocious performance, the Fund writes to our clients (details obtained legally under Company disclosure law) with defamatory comment as well as arranging for a firm of Barnstaple lawyers ‘and a barrister’ to threaten us with a libel suit for our Eshot flagging the problem…
Never have we raised concerns with the FCA as this, let alone Information Commissioner’s Office and to copy correspondence to the Solicitors’ Regulation Authority… However, it is our duty to act when it is clear something’s gone badly wrong. Sometimes simple disposal is right to cut our losses and sometimes other actions are best – that is part of our job.

We have discretionary control and we do our best at all times. Sometimes (as with our biggest holding now – see above) it can include buying further cheap shares in a quoted investment fund about which we have concerns because a significant discount to the underlying asset value exists and in some way, we may unlock that. Some of the best returns we have achieved over the years have been buying less-than-best investments (however popularly quantified) but at prices which were far too cheap. Of course it doesn’t always work as it should but that doesn’t make the judgment call wrong.

The markets bottomed around March 23, 2000 and we know this particular Trust’s share price, when the FTSE100 was 4993. The index is now 7016 (up 40%) against the Trust’s decline of 58%. Yes, dividend payments have been received on both and costs apply but these are insignificant. Since March 2020 in contrast, our Firm’s clients have enjoyed the best investment period since our inception, despite carrying the dire results from this piffling Trust, which now represents a mere £5 in every client’s £1,000, based on our total assets (clients either have none, or up to an average of under 1% of their accounts). Whilst each client is different and our accounts are not ‘funds’ as such and we carry significant lowly-performing cash and defensive assets too (and which have simply held their own over the time), predominately on pure performance the total we manage has risen by 64% from the £143million at March month-end, 2020.

Do be wary. Even in the EU, commission on financial products is not banned and you can be taken for a ride with financial salesmen. Ex-pats in offshore tax havens are the biggest victims and we have seen some dreadful products which are designed to reward the selling organisations and not the client. Did you know that if you are overseas you can certainly still access UK regulated products from UK advisers? Lots of these groups do not provide regulatory protection either so please be very wary.

The Sunday Times has just done an expose on certain practices from the Devere Group: DeVere offered me £79,000 to keep quiet Make of that what you will!
If you are overseas with local advisers or know anyone overseas who would appreciate an independent appraisal from within the UK regulated regime, do put them in touch with us.

Not age or qualifications but ‘experience’ counts for something in the finance world. I am pleased to report that altogether, our team has almost 250 years of experience under the belt – no mean feat! I know I am the longest in the tooth experience-wise (but not the most senior in age!) but we value everyone’s contribution! 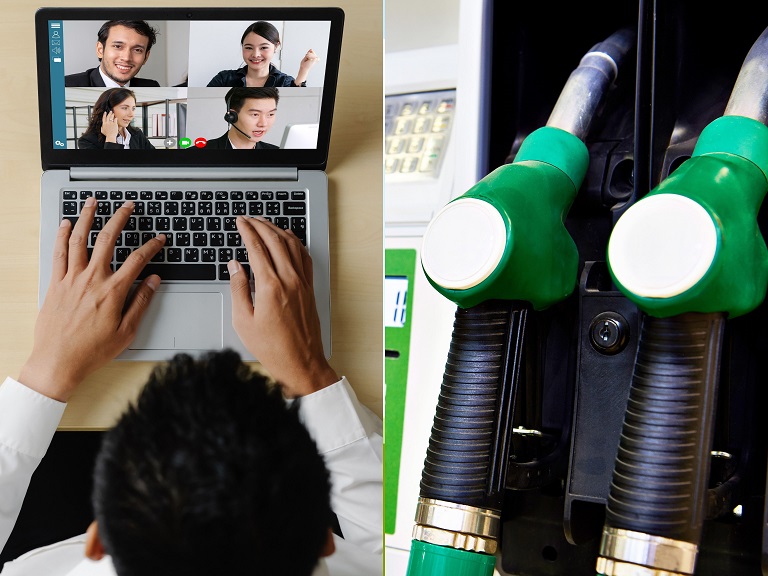 You have to be careful what you call yourself. ‘Zoom Inc’ did indeed zoom up in value during the lockdown but it has zoomed down again since. No, we had none. It entered 2020 at an already inflated market capitalisation (‘value’) of under $20billion but then rocketed up to $160billion, exceeding totally unpopular Exxon Mobil, the oil giant which started as JD Rockefeller’s Standard Oil.

Well, Zoom is now $31billion and Exxon Mobil is over $400billion. Exxon is now buying-in and cancelling its shares with its surplus cash – a small programme which could gobble-up all of Zoom in just one mouthful. So had you bought Zoom when ‘everyone’ (well, not us but yes, including that daft Trust noted above) in November 2020 was pushing tech (and indeed when the ESG mania was at its height so ‘everyone’ was dumping anything which might not quite hit the mark (despite still using their products like there is no tomorrow), not only would you have lost over 80% of your money but you would also have missed-out on a 150% gain and that excludes Exxon’s generous dividends. So your £1,000 could be either £200 or £2,500.

I am pleased to report that our courage in closing our ears to the excesses has been rewarding to clients, missing the worst and having many of the better. How much might that be worth to the average ‘balanced investor’? 10%pa? 20%pa? That’s a whopping difference and it again puts the unhealthy concentration upon simple frontline costs (and not delivered value) into perspective I guess! We called it ‘common sense’ at the time. 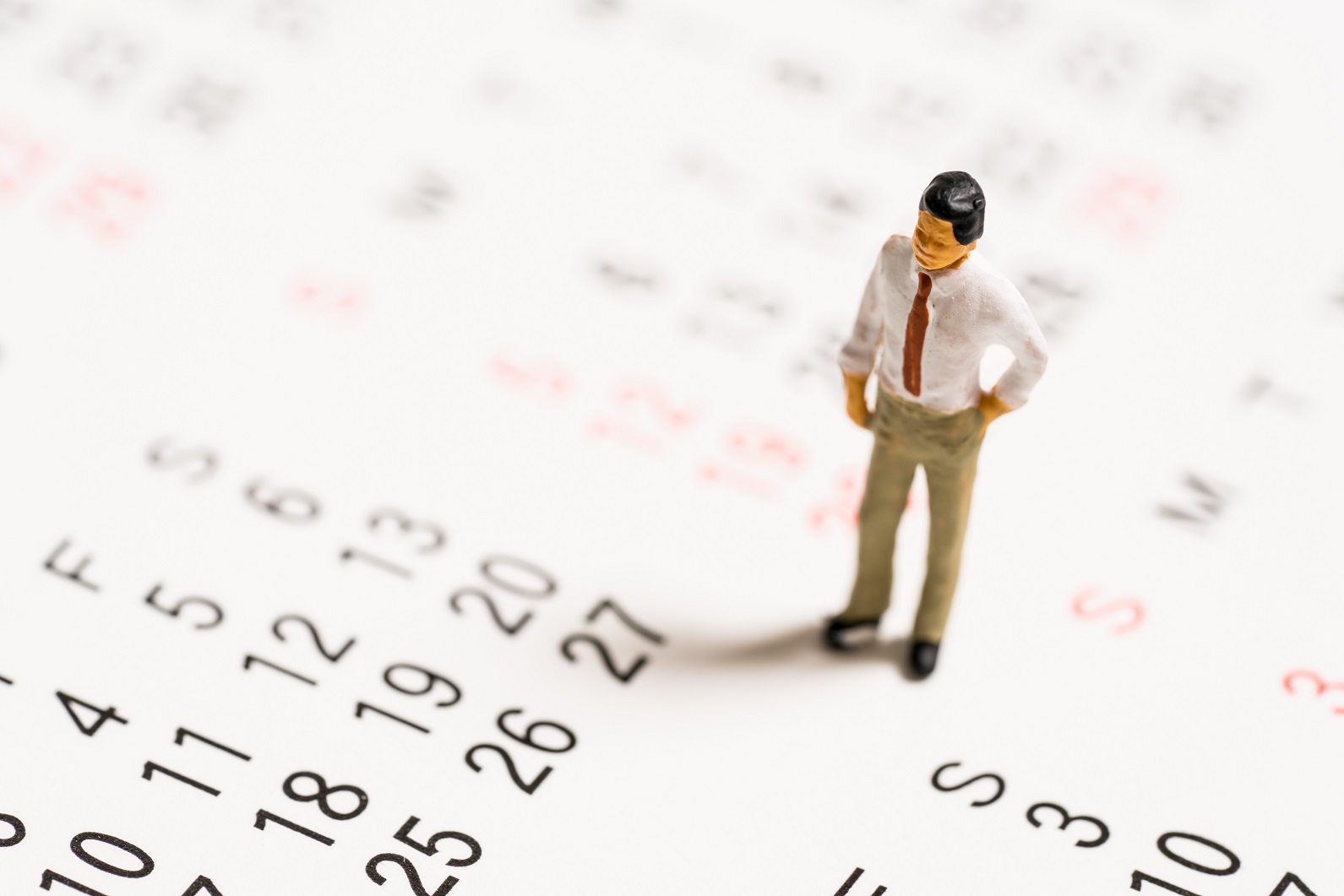 We did not do too badly at encouraging investors to use their annual allowances into pensions and ISAs. However, in the retail end and the ‘advised’ (‘sold’) end, sales of UK ISAs plummeted as people preferred to sit on their hands in the face of recent market losses. If history is our guide, the few who subscribed are likely to be the wise ones
After all, buy cheap and sell dear’s sensible… however unpalatable it seems sometimes.

Sad loss of our Queen

Latest in the Blue Planet saga

This website uses cookies to improve your experience while you navigate through the website. Out of these, the cookies that are categorized as necessary are stored on your browser as they are essential for the working of basic functionalities of the website. We also use third-party cookies that help us analyze and understand how you use this website. These cookies will be stored in your browser only with your consent. You also have the option to opt-out of these cookies. But opting out of some of these cookies may affect your browsing experience.
Necessary Always Enabled
Necessary cookies are absolutely essential for the website to function properly. This category only includes cookies that ensures basic functionalities and security features of the website. These cookies do not store any personal information.
Non-necessary
Any cookies that may not be particularly necessary for the website to function and is used specifically to collect user personal data via analytics, ads, other embedded contents are termed as non-necessary cookies. It is mandatory to procure user consent prior to running these cookies on your website.
SAVE & ACCEPT